I harvested the first big handful of greens from the quackuaponics system today! 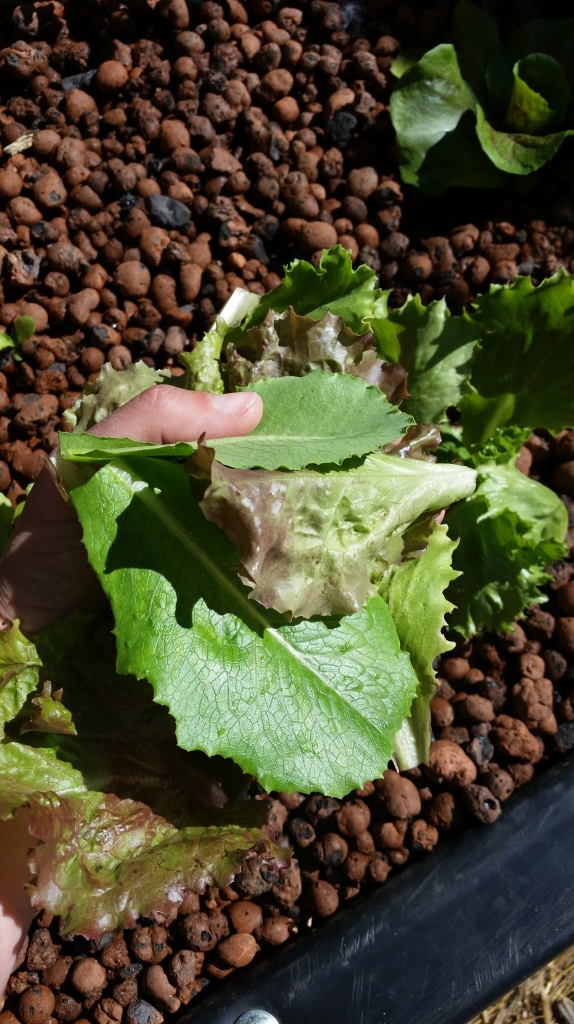 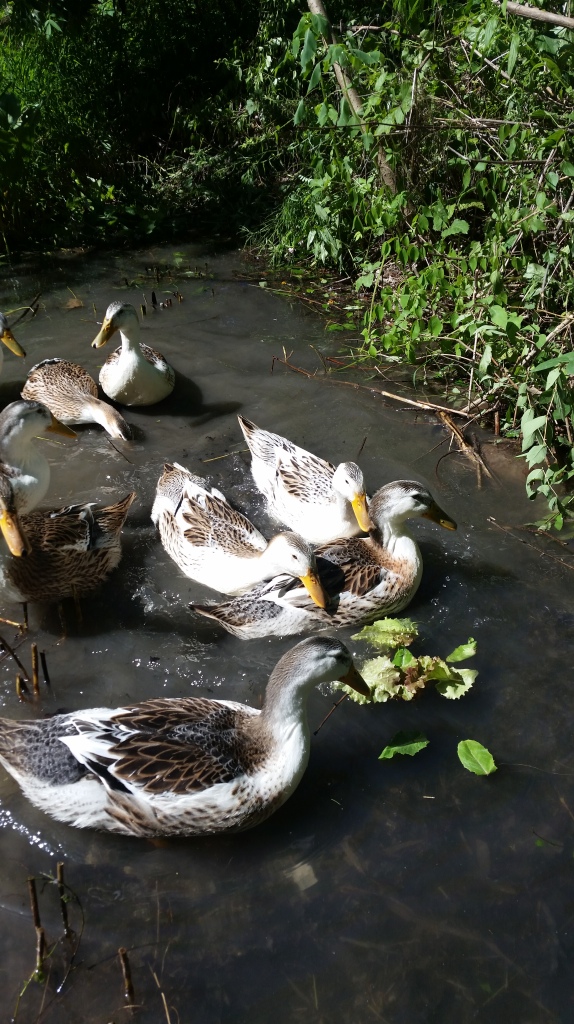 As I was sitting and watching the ducks chow down, I started wondering again about our sex ratio. We ordered the ducks “straight run,” which means unsexed, so of course I’ve been curious about this from the get-go. I even had a long conversation with my father-in-law about how to calculate the probability of any given outcome… We couldn’t remember, and it kept us both up at night, until I remembered the binomial probability equation. Best believe I sent him a spreadsheet the next day. 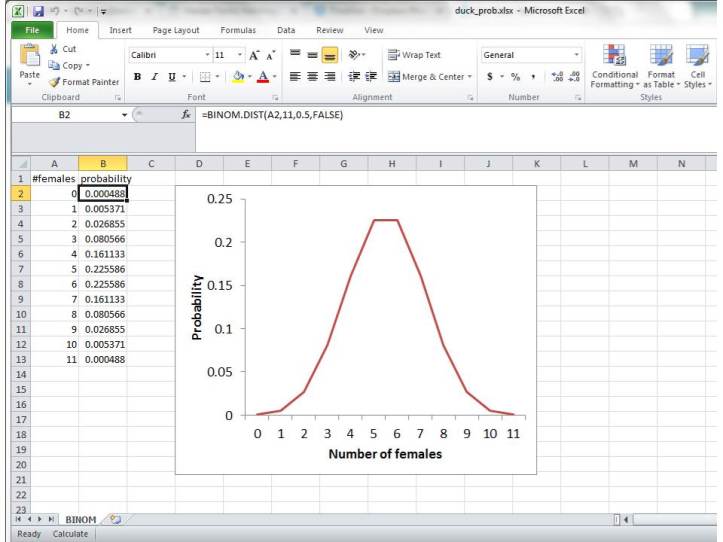 Out of 11 ducks, there is a 72.5% chance of having 5 or more females–and I’d have been happy with any of those outcomes! But alas, it’s looking more and more like we have only 4 (16% chance… don’t take me to the casino). The males are starting to get dark “outlines” of feathers around the base of their bills, and their quacks are also very distinctive–much quieter and more raspy than the “typical” duck quacks of the females. There are four who are really clearly female, and distinctive enough that I gave them nicknames (see below) as I was trying to sort it out today. A couple others were still ambiguous looking, but I think I heard raspy boy-quacks out of both of them… damn! 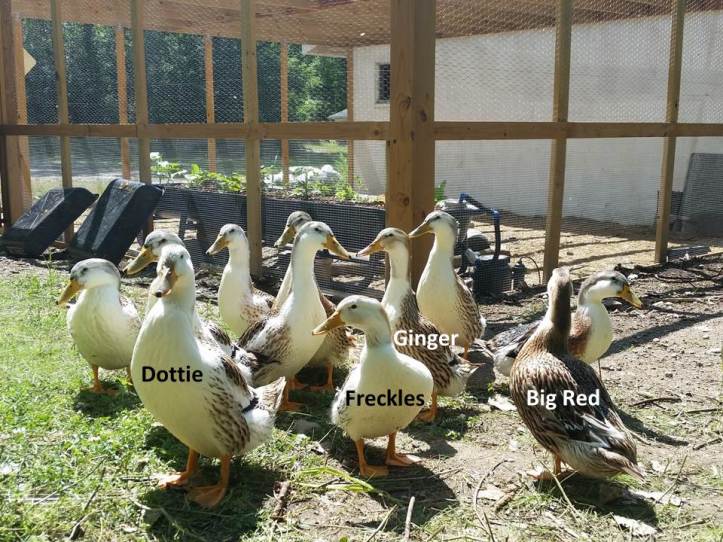 With only four females, we should probably only keep a single drake, which is a smaller flock than I was hoping for. Now the question is whether we should just roll with this until next spring (when we could get more Silver Appleyards, but again, only as a straight run)… OR, we could order more (sexed) babies this year from Metzer Farms. They don’t carry Silver Appleyards, but I’ve always had a soft spot for these ridiculous little beasties, and they’re awesome layers… 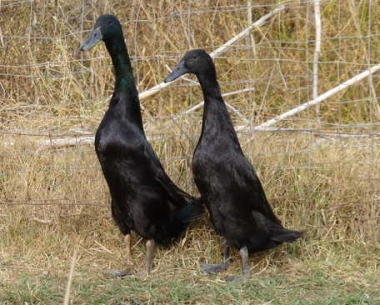 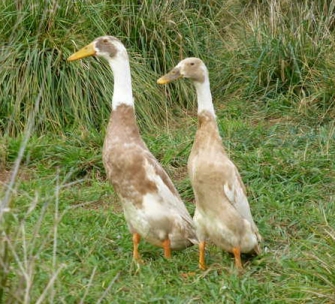