Remember the old dresser that I refinished to use as our bathroom vanity? Last time you saw it without its drawers (scandalous!)… and so it sat for quite a while, while I contemplated the best way to deal with the inevitable drawer-plumbing conflict. Well, we finally went for it and created what must be the most grotesque set of drawers… ever. But hey, they’ll only be seen by us, right? (I’m pretty sure there’s no one on this whole “internet” thing.)

The top drawers (above) had to get huuuge chunks cut out of them, and I contemplated just removing them altogether and attaching the faces permanently to the dresser. But, that six inches or so of extra storage space won out, and we cut pieces of wood to keep our deodorant and contact lens cases from falling into the abyss.

The two bottom drawers didn’t need to be chopped nearly as much, since the pipes run much closer to the wall down by the floor. 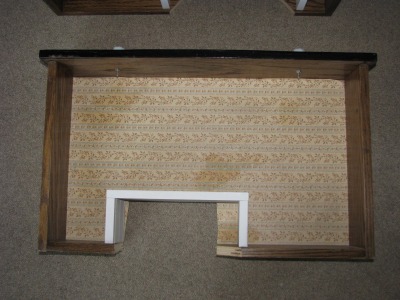 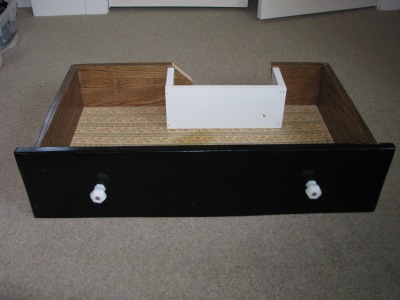 What did I tell you, they ain’t pretty, but they get the job done. Except, they don’t really, because the slides are all wonky and they don’t shut right. This is going to require drawer surgery #2, in which we remove the slides and attach pieces of wood for the drawers to sit on instead. Regardless, some drawers and storage is a big improvement over this!

Yes, I took that picture from inside the shower. And yes, I forgot to take an “after” picture with the drawers in. Don’t let the suspense kill you!!

Don’t you love when the internet gives you things like magical rugs? You know what’s even better? When you find an “internet friend” and then you meet them in real life and they are hilarious and super fun and you can have adventures! Kit at DIYdiva posted about our first junk hunt (and the recounting made me laugh ALMOST as much as the reality). Well it seems to have become what we will call a “recurring pattern” (rather than a “bad habit”). (I prefer the term “genius,” actually, now that I think about it.) The difference between me and Kit is that she has big plans for her thrift store finds, whereas I buy strange things and retrospectively try to figure out what on earth to do with them. Like… this adorable little box on wheels. 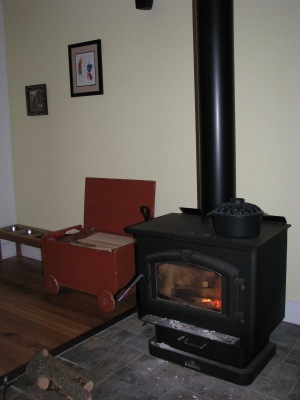 It was only after I decided that I completely needed this absurd item that I came up with the idea of using it to hold kindling for the wood stove. And it’s adorable. And Brandon thinks I’m crazy… but isn’t it so cute? 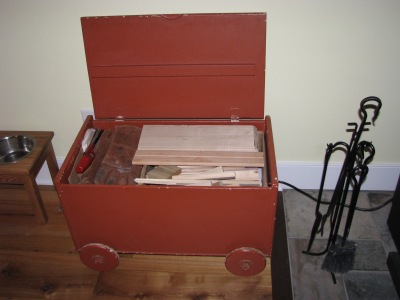 It may move down to the entryway to hold mittens and scarves or something, we’ll see. Or dog toys, or sweaters… really the possibilities are endless. Strange little box, I dub thee “$20 well spent.”

Swipe for a surprise garden buddy 🥰
This looks like a baby goat post, but it's really a @mrbgroff appreciation post. I had to be away from home the last few days teaching my field course. Not only did B milk a persnickety goat the whole time, he was also on baby watch because Molly was due the last day of my trip. And just like last year, she went into labor precisely on her due date! Brandon helped bring this little guy into the world during a thunderstorm yesterday while I was driving home. I bet he didn't think marrying me would result in a crash course in goat midwifery, but I sure appreciate him and his support and partnership in this adventure. 💕
@obrien.maisie we'll have some spuds for you in a few months! 🥔🥔🥔
I hope the cabbage white moths flying past the garden are crying big fat moth tears
Planted peppers today (even @mrbgroff's terrifying peppers of doom) and also some exceptionally puny and pathetic tomatoes. This spring I started a bunch of seeds in a mix that turned out to be crap and stunted everything. I'm hoping the outside world will cheer them up, but if not I'll need to go buy some starts. 🌱 STILL FUN TO BE IN THE GARDEN THOUGH
Nothing makes for a #happymothersday like some goofy garden decor and a pile of plants 💕
%d bloggers like this: